An inquiry has been launched by the BEIS (Business, Energy and Industrial Strategy Committee) into the changing nature of work, and the status and rights of agency workers, the self-employed, and others working in the 'gig economy'. This will cover issues such as low-pay and poor working conditions for people working in non-traditional employee - or "worker" - roles.

These are issues that have been called into question with concerns over working practices at Sports Direct, consideration of the status of Uber drivers with Deliveroo, Hermes and others also appearing in the recent news.

The Chair of the BEIS, Iain Wright, commented:

"In our Sports Direct inquiry we exposed shocking examples of poor working practices, of agency workers paid less than the minimum wage and exploited through dubious voluntary schemes, such as pre-paid debit cards and deductions from pay for insurance services. In recent months we’ve seen growing evidence of agency workers and those working in the 'gig economy' being exposed to poor working conditions. This growing trend raises questions over employment status and lack of worker rights.

"The nature of work is undoubtedly changing. It will change further with growing use of technology and a spreading of automation across the economy. This might provide flexibility and choice for some people, but unleash insecurity and squeezed working conditions for others. With these economic and technological changes shaking up the world of work, it’s vitally important that workers are protected. In this inquiry we want to hear from all interested parties so that we can help the Government foster a vibrant, dynamic, innovative economy with laws that deliver the benefits of flexibility but which prevent exploitation".

1. Is the term 'worker' defined sufficiently clearly in law at present? If not, how should it be defined?

2. For those casual and agency workers working in the 'gig economy', is the balance of benefits between worker and employer appropriate?

3. What specific provision should there be for the protection and support of agency workers and those who are not employees? Who should be responsible for such provision – the Government, the beneficiary of the work, a mutual, the individual themselves?

4. What differences should there be between levels of Government support for the self-employed and for employees, for example over statutory sick pay, holiday pay, employee pensions, maternity pay?

5. Is there evidence that businesses are treating agency workers unfairly, compared with employees?

6. Should there be steps taken to constrain the use by businesses of agency workers?

7. What are the issues surrounding terms and conditions of employees, including the use of zero-hour contracts, definitions of flexible contracts, the role of the Low Pay Commission, and minimum wage enforcement?

8. What is the role of trade unions in representing the self-employed and those not working in traditional employee roles?

“With these economic and technological changes shaking up the world of work, it’s vitally important that workers are protected. In this inquiry we want to hear from all interested parties so that we can help the Government foster a vibrant, dynamic, innovative economy with laws that deliver the benefits of flexibility but which prevent exploitation.” 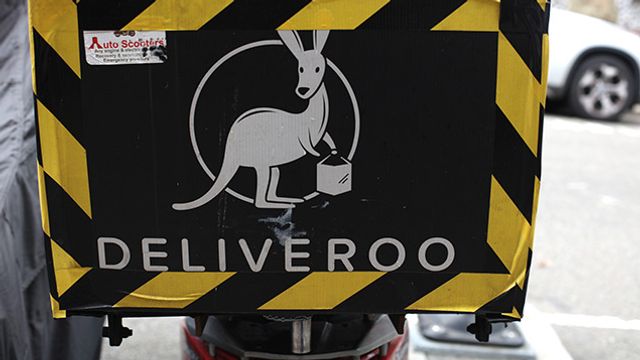 The role of unions is changing – they're working together with media and politicians to improve worker rights https://t.co/AmpW1ytRZ2 pic.twitter.com/K5QH7OMdVG

The gig economy has grown big, fast — and that’s a problem for workers.https://t.co/2EGToPi7YW