On 29 March 2017, in what may be one of the last UK employment law cases it considers before Brexit, the European Court of Justice (CJEU) is to hear submissions in a case concerning holiday pay entitlement and backdated commission-based holiday pay claims - an area of major importance for gig economy workers.

In a similar manner to the plumbers at Pimlico Plumbers, Uber’s drivers and CitySprint’s couriers, the worker in this case had been incorrectly treated as self-employed.

Back in 2013, the Employment Tribunal in King v The Sash Window Workshop Ltd found that Mr King, a sash-window salesman, was in fact a worker, entitled to paid holiday under the Working Time Regulations (WTR).  These recent proceedings relate to his holiday pay.

Mr King worked for 13 years for The Sash Window Workshop Ltd (SWWL) and was paid entirely on commission.

During his engagement, Mr King took varying amounts of unpaid holiday each year but kept this to a minimum where possible given the detrimental impact on his earnings. SWWL considered him to be self-employed and not entitled to paid holiday.

When Mr King’s contract was terminated upon his reaching 65, he made a successful claim in the Employment Tribunal (ET) for age discrimination.

He also successfully claimed pay for the holiday he had taken and pay in lieu of holiday which he had not taken throughout his 13 years of working for SWWL - because SWWL would not pay him for holiday Mr King had been deterred from taking his full entitlement.

He argued that he was in fact a worker.  Although he had been asked to sign a “self-employment agreement”, he was provided personal service and was sufficiently integrated into the business.

SWWL did not challenge the ET finding that Mr King was a “worker” or that they had discriminated against him on the grounds of age.

SWWL did challenge what has come to be referred to in the proceedings as “Holiday Pay 3” – payment in lieu of accrued but untaken leave throughout the whole period of Mr King’s engagement.

The ET had seen no difference between a worker being permitted to carry over leave if “unable” to take paid leave due to long-term sickness (a point established by case law), and a worker being denied paid leave.

SWWL appealed to the Employment Appeal Tribunal (EAT) in relation to Holiday Pay 3. The hearing addressed the findings of the CJEU in the prominent case of Lock v British Gas – again involving a salesman paid on a commission basis who had been “deterred” from taking leave because of the detrimental impact on earnings.

In a landmark decision in Mr King’s case, the EAT indicated that a worker might claim that holiday is carried over into the next year of annual leave and/or for a payment on termination of their employment in lieu of that untaken leave entitlement, in circumstances where they are unable to take their holiday for “reasons beyond their control”, in situations which did not relate to long-term sick leave.

The EAT remitted the claim back to the ET for reconsideration as to whether there could be specific finding of fact that Mr King was prevented “for reasons beyond his control” from taking leave.

Mr King appealed against this latter point to the Court of Appeal, broadly speaking on the basis that he had not been denied "leave", he had been denied “paid” leave, a fundamental right under the EU Working Time Directive (WTD).

The Court of Appeal has requested that the European Court make a preliminary ruling to consider whether the WTR provisions adequately reflect the WTD right to paid leave.

The EU provision regulating paid annual leave is in Article 7 of the WTD: the right to at least four weeks of “paid annual leave” and that the leave may not be replaced by a payment in lieu “except where the employment relationship is terminated”.

The WTD was implemented in the UK by the WTR but the composite Article 7 right to “paid leave” was separated in the drafting into two distinct regulations:

Reg 30 of the WTR deals with enforcement and remedies but distinguishes between claims where the worker is denied the right to time off and cases where the employer fails to pay for the time taken off.

The issue raised is whether the WTR is providing an effective remedy for the enforcement by workers of their WTD right.  In order for a worker such as Mr King to establish the right to “paid leave”, is it right that he would have to take the risk of taking unpaid leave first, and then take proceedings for unpaid wages in order to test whether he would be paid for the leave he had taken?

This problem of having to enforce the right to paid leave for workers like Mr King is further exacerbated when you bear in mind the precarious nature of “worker” status – with no protection from unfair dismissal, and no guarantee of work.

What is the Court of Appeal asking the CJEU?

The questions for the CJEU include:

Mr King is represented in the CJEU by Sir Alan Dashwood QC and Mr James Williams of Henderson Chambers who are instructed by Clare Gilroy-Scott, a Senior Solicitor at Goodman Derrick LLP.

Goodman Derrick LLP is acting for Mr King in the Court of Appeal and the CJEU proceedings as part of its Pro-Bono and CSR Programme.

A hot political issue in 2016 was the legal status of workers. But 2017 could be the Year of the Worker and this will be a tricky issue for HR and employers. The gig economy and the law are coming to blows. And, the workers are winning. The message from recent case law is that a person’s employment status is not always exactly what it says on the tin. Contractual documentation stating an individual is self-employed will not avoid the risk of the individual claiming worker status. HR and management need to be alive to this issue, and define and structure working relationships properly at the outset. 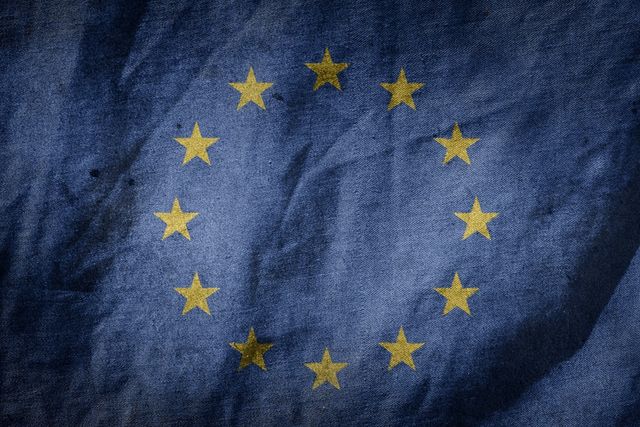 Will 2017 bring new legal rights for #casualworkers ? We hope so! https://t.co/BpnlwTYyO8