The fast developing and divisive area of ‘gig economy’ working has been the basis of a recent appeal decision by the Employment Appeal Tribunal (EAT) in Uber BV v Aslam UKEAT/0056/17/DA.

The EAT had to consider whether the previous tribunal in October 2016 was correct in concluding that Uber drivers are “workers” for the purposes of employment rights such as holiday pay and national minimum wage. Uber had previously argued that each of their drivers were self-employed, and therefore not entitled to these basic employment rights.

On 10 November 2017, the EAT dismissed Uber’s appeal, agreeing with the previous tribunal that Uber drivers were workers, and were therefore entitled to paid rest breaks, holiday pay, and the minimum wage. The EAT held that when an Uber driver switched the app on, they were obliged to be “able and willing to accept assignments”, and were subject to certain requirements such as having to accept at least 80% of pick-up requests. The EAT considered that these requirements showed the signs of a worker relationship, and was inconsistent with the idea that the drivers were self-employed. Uber had argued in the tribunal that these requirements which indicated a worker relationship were only imposed in order to comply with the regulatory framework for private hire licensing. However, that framework did not require an interview or induction process which Uber had also chosen to operate, so this argument did not stand.

In the EAT, Uber also argued that the tribunal had erred in disregarding the contractual documentation, stating that there was no contract between the particular driver claimants and Uber London Limited, but that there were written agreements between the drivers, Uber BV, and riders, which were inconsistent with the existence of a worker relationship. Uber tried to say that the tribunal had therefore disregarded the basic principles of agency law. The EAT held that the tribunal had been entitled to reject the label of agency used in the written contractual documentation, and was right to consider the “true agreement” between the parties, concluding that it was not one in which Uber London Limited was an agent to the drivers.

Uber have said they will appeal this decision. However given that a similar decision to the EAT was made recently by the Court of Appeal in the Pimlico Plumbers case (which concerned a plumber who was found not to be a self-employed contractor but a worker for the company) it is likely this may not succeed.

Due to the increasingly consistent attitude of the courts to grant ‘gig economy’ workers basic employment rights by declaring them as workers, it is probable that this will open the doors to more claims in various other areas which operate on a ‘gig economy’ basis, powered through apps and on-demand services. Time will tell whether the trend in the Uber case will continue.

Indeed, the introduction of Uber Eats may throw more arguments into the mix, especially considering the case of Deliveroo. It has recently been reported that Deliveroo couriers and riders have been ruled as self-employed by the Central Arbitration Committee. The reasoning behind this was that the riders were entitled to “substitute” i.e. allow other riders to take their place on a job.

The Managing Director for Deliveroo in the UK stated this was a “victory” for their riders who have stated that flexibility is their most valued aspect to their work with the company. However, the General Secretary for the Independent Workers Union of Great Britain (who brought the test case against Deliveroo), commented that in this case the “so-called gig economy company has found a way to game the system”.

So, how many more cases will come through to test different ways of working in the ‘gig economy’, and how will this affect the so-called contractors/workers/employees themselves who may actually prefer to be classed as self-employed?

We are sure this is not the end of the story – watch this space!

This article was written with the assistance of Becky Minear, Trainee Solicitor

The GMB union said the ruling, by the Employment Appeal Tribunal (EAT), was a "landmark victory" for workers' rights, especially in the gig economy, a system of casual working which does not commit a business or a worker to set hours or rights. 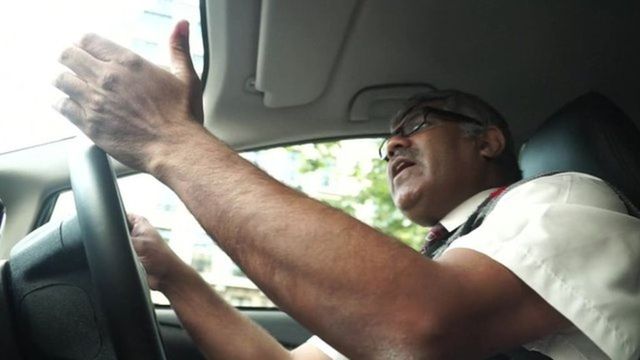 Taxi firm @Uber loses appeal against ruling that its drivers should be classed as workers rather than self-employed https://t.co/PW6v8zC4Wl pic.twitter.com/MNhx4FwLgQ