The question of equal pay remains dominant in the news with the resignation of the BBC's China editor Carrie Gracie over the BBC's "secretive and illegal pay culture".  Prominent journalists and broadcasters have declared support for Ms Gracie, saying that there was a "crisis of trust" in the BBC for not paying its male and female employees equally.

Radio 4 presenter, Sarah Montague, is reported to have said "Not sure what is so hard to understand about #equalpay for equal work".

Ms Gracie has made it clear that this is not a matter of wanting a pay-rise (which it appears had been offered by the BBC) she simply wanted the BBC to "abide by the law and value men and women equally".  Her letter, addressed to the BBC Audience, said:

"The BBC belongs to you, the licence fee payer. I believe you have a right to know that it is breaking equality law and resisting pressure for a fair and transparent pay structure."

Ms Gracie said she was not asking for a pay rise, but wanted the BBC to "simply ... abide by the law and value men and women equally".

So, what exactly does the law say about equal pay?

The Equality Act 2010 - following the EU Treaty principle that men and women should receive equal pay for equal work - provides for what is known as a "sex equality clause" which is implied into a woman's employment contract to replace any less favourable term with the more favourable term of a male comparator.  Note the reference to "term", i.e. this is not limited to pay and can include terms relating to holiday entitlement, hours of work, benefits and allowances and bonuses for example.

In terms of the male comparator, there are 3 types of equality of work:

2. "Work rated as equivalent", usually as a result of an employer's job evaluation scheme which gives jobs an equal rating in terms of respective demands.

3.  "Work of equal value" which is not like work nor work rated as equivalent but is still equal in terms of the demands in respect of skill, decision-making and effort.

An employment tribunal, in considering whether work is like work or work of equal value will often appoint an independent expert to assess the roles.

If the woman's role is like work, work rated as equivalent or work of equal value, the sex equality clause will apply unless the employer has a "material factor defence" where they are able to demonstrate that the variation in pay or other term is due to a material factor which is not discriminatory .  Often a tribunal will consider whether the employer has this defence before considering whether there is like work or work of equal value.

Employers cannot simply say that the woman asked for less or was willing to work for less money. Case law has indicated that the following factors may (but not always) make up a material factor defence:

So a woman who is a manager of a team may not do work of equal value to a man who is a manager of a different team if, for example, the man manages a larger team; and/or that team is more profitable to the business; and/or that team is a core part of the offering of the business or its future plans or USP; and/or his team works night shifts or unsocial hours; and/or he has been with the business longer and the difference is historic; and/or he works in a niche area which means  possible skills shortages and therefore retention concerns or pay increases to retain or to attract candidates - as long as the factor is material and reason is not the difference of sex.  If the material factor relates for example to historic issues, the employer will have to show that the pay disparity is not "sex tainted" as it is known, i.e. it does not put women at a particular disadvantage or otherwise it is a proportionate means of achieving a legitimate aim.

In showing that a disparity is sex tainted the woman claimant may argue that there is a prima facie case of sex taint where the employer's pay system is "wholly lacking in transparency" and, where there are a large number of employees, the average pay for women is less than for men.

If a woman is successful in her equal pay claim the tribunal can make a declaration of her rights under the sex equality clause and grant arrears in pay going back 6 years or damages (if the claim is about a non-pay term).

The BBC's Chief International Correspondent Lyse Doucet, Radio 4 Today presenter Sarah Montague, and Jane Garvey of Radio 4's Woman's Hour all described Ms Gracie as "brave and brilliant". Ms Montague added: "Not sure what is so hard to understand about #equalpay for equal work." 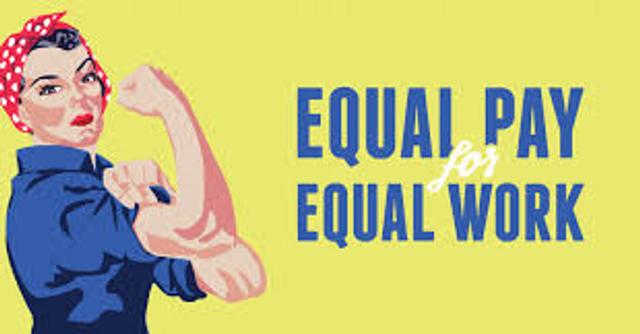 If you haven’t read Carrie Gracie’s letter yet, here it is in full: https://t.co/eSMU3x5aCS. If you support her, please retweet. #equalpay #bbcwomen #IStandWithCarrie