As more businesses with 250+ employees comply with their obligation to report their gender pay gap by 4 April, those reports already published are attracting much scrutiny and reporting, particularly for familiar brands who have reported large gender pay gaps. But does it follow that these businesses have an equal pay issue?

Although commonly referenced together, gender pay and equal pay are two different issues.

Broadly speaking, if a woman's role is "like work" (i.e. the same or broadly similar), work "rated as equivalent" (i.e. under the employer's job evaluation scheme) or work of "equal value" to a male comparator, she should be entitled to equal pay unless the employer has a "material factor defence" where they are able to demonstrate that the variation in pay or other term is due to a material factor which is not discriminatory. Equal pay focuses on specific roles, in terms of duties, skills experience, value amongst other things rather than the pay of the workforce in general.  For more detail on equal pay law, see our previous post:

Phase Eight, the women’s fashion retailer has the highest gender pay gap with a mean gap of 64.8% and a median gap of 54.5%. However, as at the snapshot date of 5 April 2017, Phase Eight employed 1710 female employees and 44 male employees. Of those 44 men, 39 are employed at corporate head office with only 5 being retail employees. Indeed, the report made by Phase Eight (accessible on the Gov.uk website or on Phase Eight’s website) indicates a largely “negative” gap when only retail staff are taken into account. A negative figure indicates that the average female earns more than the average male.

easyJet has also been highlighted for its 51.7% mean and 45.5% median gender pay gap, largely attributable to the gender make-up of its pilots (predominantly male and numbering over a quarter of the UK employees) who receive higher salaries relative to other employees. Does it follow that easyJet has an equal pay issue? Possibly not, as easyJet’s Gender Pay Gap Report states:

“salaries for pilots and cabin crew are collectively agreed, meaning for example that female pilots’ and cabin crew’s basic salary and variable pay rates are 100% that of their male equivalents”.

Whilst there may not be an equal pay issue - at least in respect of pilots and cabin crew, easyJet's report does not address the apparent gender imbalance in the make-up of its workforce.  Conversely, Phase Eight's Gender Pay Gap Report lists ways in which it is addressing its apparent imbalance in a section titled "Our commitments". This includes:

Women's hourly pay rates are 64.8% lower than their male counterparts at the womenswear designer brand, and men received bonuses an average of 22% higher. This is likely due to low-skilled, low-paid roles at the firm’s retail stores being predominantly staffed by women – thereby lowering the average amount women are paid across the company. Out of the seven directors listed on Duedil, five of them are men, suggesting that male staff are concentrated in higher-paying roles. 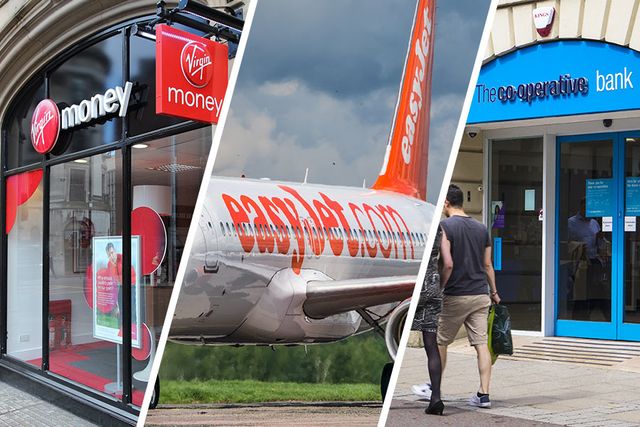 "100 years after women got the vote in this country, We have to have an equal, fair and transparent pay culture."

Carrie Gracie, who resigned as the BBC's China Editor over the gender pay gap, says the BBC "are in the wrong place on pay." pic.twitter.com/D7Ck12Jiea

Want to know what the difference between the #GenderPayGap and #EqualPay is? Find out more: https://t.co/kL56mhpq7Z pic.twitter.com/zn1oq4fNVp