Wahaca has been in the press recently for threatening to deduct pay from an employee as a result of a customer leaving the restaurant without paying.  Wahaca’s position was that their policy had not been properly communicated.  Following widespread concern that workers' are having their wages reduced as a result of circumstances out of their control, Wahaca appears to have changed its policy, but what are the basic rules around making such deductions from wages?

The prudent employer will have included a clause in contracts of employment which entitles them to make deductions from wages in certain circumstances.  The contract with such a clause must have been given to the employee before the deduction is made.

There are additional protections for workers who are in “retail” employment where deductions are to be made because of cash shortages or stock deficiencies.  Retail employment will include any work doing the following (whether or not this is regular):

It includes, for example, cashiers and till operators.  A “retail transaction” is quite widely defined as the sale or supply of goods or the supply of services (including financial services).

So what is the additional protection for retail workers?  The amount of any deduction or deductions from a retail worker’s wages must not exceed 10% of the gross amount of the wages payable to the worker on a particular pay day.  This provides some limit to the rate of recovery of the shortage but the deduction may be made over a number of pay days provided it is within 12 months of the date when the existence of the shortage was known or ought reasonably to have been known (if earlier).  Also, the 10% limit on deductions does not apply to deductions made from a retail worker’s final pay at termination when the employer can recoup any outstanding amount.

Deductions (or payments from) retail workers cannot be made unless the employer has properly notified the worker of the total amount owed relating to the cash shortage or deficiency and has made a written demand for payment on one of the worker’s pay days (within 12 months).

Wahaca said the incident was caused by an “internal communications issue” and that it had demonstrated the need for “clarity over the policy”. The new policy will ensure that a waiter is not financially responsible for a bill if a customer walks out, but will be investigated if there is reason to suspect the waiter was complicit in the walkout. 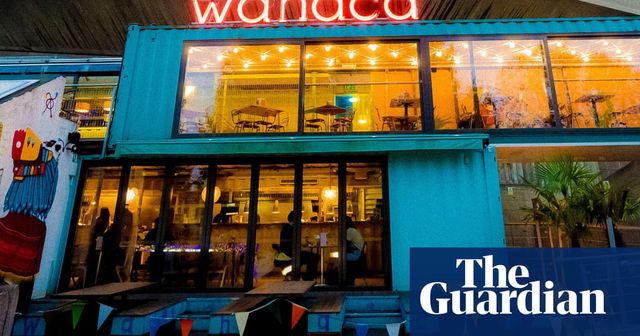