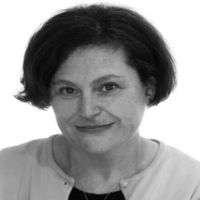 Generally speaking when a business and its assets (or part of a business) are sold or services are outsourced, the  transfer of Undertakings (Protection of Employment) Regulations 2006 (“TUPE”) apply so as to transfer the contracts of employment of those employees who are engaged in the business (or part) being sold or engaged in the services being outsourced. The aim of TUPE is to protect employees’ rights on a sale of a business etc.  Somewhat unhelpfully, the definition of employees in the TUPE regulations is different to the definition used in the Employment Rights Act 1996 for the purposes of unfair dismissal etc.

An employee is defined under the TUPE regulations as “any individual who works for another person whether under a contract of service or apprenticeship or otherwise but does not include anyone who provides services under a contract for services.”  The inclusion of the words “or otherwise” raised the question as to whether this definition could be wide enough to cover not just employees but perhaps also workers.  Cases however suggested previously that this was in fact not the case as the words “or otherwise” was to cover any other agreement that could evidence an employment relationship.  This may well now be subject to change.

An Employment Tribunal has recently determined at a preliminary hearing in the case of Dewhurst and others v Revise Catch Limited t/a Ecourier and City Sprint that the TUPE regulations also apply to workers (being those who perform the services personally), as in the Tribunal’s view, the words “or otherwise” could be interpreted more widely such that the definition went beyond that of a traditional employee but also included a worker.  This would mean that both contracts in relation to employees (in the traditional sense) and to workers would transfer automatically on the sale of a business or following the outsourcing of services and would become employed/engaged by the buyer in the case of a sale.

The decision is not binding on other Courts or Tribunals and it is likely that this case will be appealed so watch this space.  In the meantime, bear this in mind when dealing with any transactions that involve TUPE as a decision will need to be taken as to how to treat any workers, ie to transfer them or not and whether or not to inform and, if applicable consult, with them as “affected employees”.  Note also that  while a worker may be considered an “employee” for the purposes of TUPE, they are not given any additional statutory protections that they did not already have simply because they transfer under the TUPE regulations.