Last week a twitter user, Shoib, commented that his unfortunate cousin had been sacked by the Royal Mail on his first day of work. What was the offence? Turning up late? Poor performance? Allegations of bullying? Not quite. Shoib's original tweet reveals all:

“My cousin got fired from Royal Mail on his first day cause he saw a guy in the toilets and said “ahhhhh you’re hiding too” and it was the regional manager LOOOOOOOOOOOOL”.

So could hiding in the toilets be a sackable offence? If this really happened (some users have doubted its authenticity) then unfortunately for Shoib’s cousin, employees have very few protections on their first day of employment, chiefly to notice pay (depending upon the contract) and to not be discriminated against, victimised, or treated less favourably for whistleblowing. Until the employee has been there for two years (at which point they acquire protection from unfair dismissal), an employer therefore has a fair amount of leeway to dismiss if it gets a bad vibe, which could include it taking umbrage when an employee admits to hiding in the loos.

However, depending on the context and what was actually said, a reasonable employer might give the employee the benefit of the doubt and assume it was a joke, and then see how the employee’s work and reliability pans out for a longer period. In addition, while Shoib's cousin apparently admitted to hiding in the loos, usually it won’t be so clear cut and an employer may just be inferring that an employee is hiding if they are spending a lot of time in the bathrooms. Clearly there could be a whole host of other reasons to explain the employee’s actions. Perhaps they have IBS, or are pregnant and have morning sickness, or another employee is bullying them, or they are suffering from anxiety and are struggling to cope… We could go on. As such, an employer who suspects an employee is hiding in the loos to avoid working should tread very carefully before taking any disciplinary action on the back of this.

One person took to Twitter claiming that his cousin was sacked from Royal Mail on his first day after bumping into the regional manager in the toilets and admitting that he was hiding. 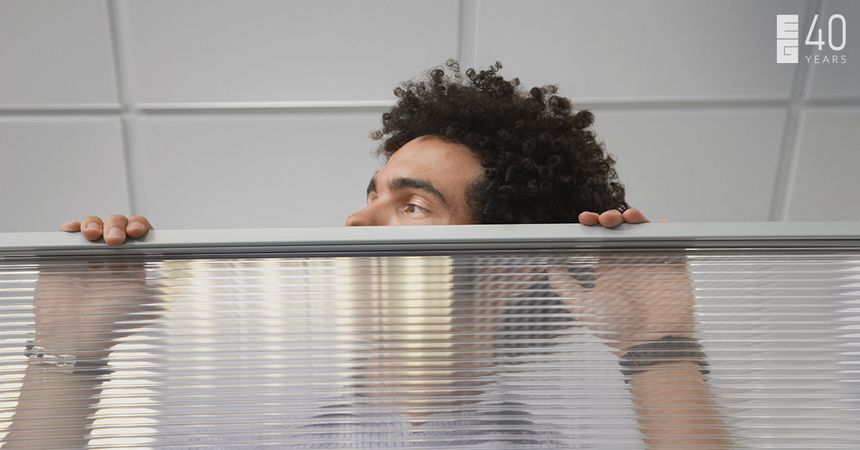