Today, the Employment Tribunal ruled in the case of Casamitjana v League Against Cruel Sports, that ethical veganism is protected under the EqA 2010 as it amounts to a philosophical belief. The judge determined that ethical veganism is a philosophical belief because it satisfied several tests, including “that it is worthy of respect in a democratic society, not incompatible with human dignity and not conflicting with the fundamental rights of others”. Other tests used to determine whether something is a philosophical belief include whether it is a belief, not just an opinion or viewpoint, whether the belief is genuinely held and whether it has a similar status or cogency to a religious belief.

It is worth noting that today’s ruling differentiated between ethical and dietary vegans. Whilst both have a diet which is free from animal products, ethical vegans try to exclude all products related to animal exploitation from their life, for example, they avoid toiletries tested on animals or clothes made from leather. This makes it perhaps more akin to other philosophical beliefs.

This decision can be contrasted with another finding of only a few months ago, when an Employment Tribunal found that vegetarianism was not protected – click here for more information. Whilst this finding on veganism is a first instance decision, which is not binding on other Tribunals, it will be interesting to see what effect this has on future cases on potential philosophical beliefs.

Ethical veganism is a "philosophical belief" and so is protected in law, an employment tribunal has ruled for the first time. ... The judge ruled that ethical vegans should be entitled to similar legal protections in British workplaces as those who hold religious beliefs. 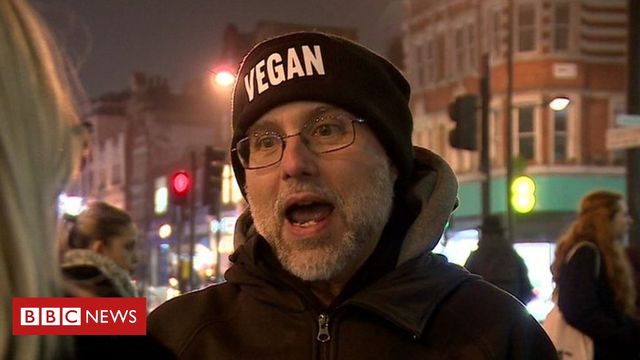 How to help colleagues cope with Christmas
GD Employment Team

Watch out Kiosk Kev, Kiosk Keith is looking for his job back!
GD Employment Team